8 days, 20 competitions and 3434 miles driven in a race car hauling a trailer.

Ten years ago we were drag racing our EVO VIII in Import Races around the country. When we decided to make our first attempt at road racing people thought we were crazy to dive into it by attempting the Car and Driver One Lap of America.

To do this we did not build a special road race prepped car. We didn’t have the funds nor the time to do that so we simply swapped to a smaller turbo (taking the engine output down to around 600HP) and installed some better suspension components to our existing Drag EVO. 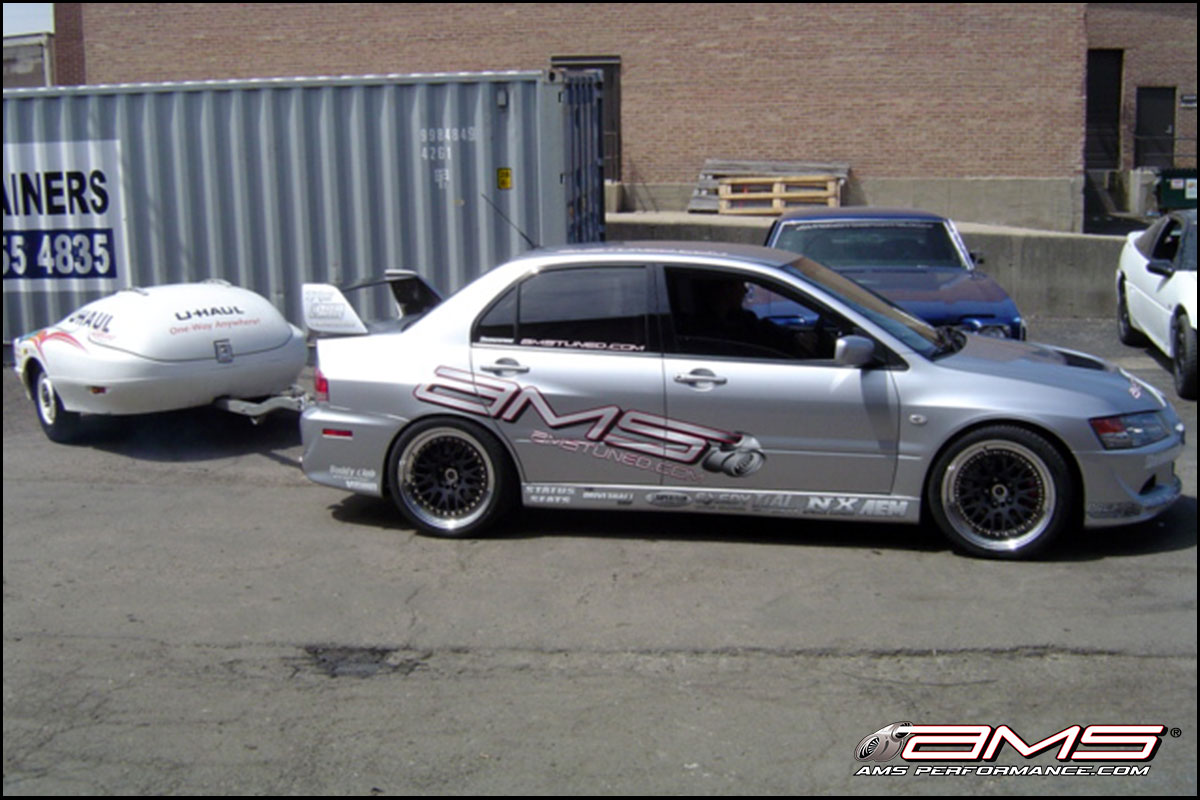 This event had Jon Krolewicz and crew driving through 9 states and over 3400 miles doing 20 racing challenges along the way. The 8 long days of driving through the night to the next track, in essentially a race car, was intense.

The team ended up placing 2nd in class and 7th overall out of a 93 car field. They surprised a lot of skeptical people and themselves with such a strong finish in a less than optimal car.

“This event holds a lot of significance to us because it sparked our Time Attack program which we carried on with for the next 6 years or so. Because of this our TA1 EVO VIII and later our TA-X EVO X. In 2005 we actually switched the car back and forth a couple times from drag to road racing specs and even did an Autocross event in 2005.” stated Musial.

Here is a look back at this memorable event in AMS history.