When a product bears the ALPHA name it means something to us. Part of that process is making sure that we test the living daylights out of a product before its shipped. Our new ALPHA X turbo systems for the R35 GT-R are no different. We have been testing the ALPHA12X on one of our shop test mule GT-R’s for some time now.

The tuners have subjected it to a GRUELING amount of dyno time and heat. The HP results have been great. On a 4.0 motor with optional upgrades like our ALPHA Carbon Fiber Billet Intake Manifold, ALPHA CNC Big Bore Throttle Bodies and Syvecs Standalone engine management we have been able to make 1500whp at 36psi of boost. Impressive numbers anyway you look at it especially when the spool time is the same as the old ALPHA 12 kit.

ALPHA 12x GT-R Hits The Track For The First Time

Horsepower numbers are great but track times are what really matters. We’ve had other 12x systems at the track before but they were on our old turbo kit modified to test the new X series turbos. These original 12x test turbo systems did not feature the 4″ intakes, 2.5″ compressor discharge and other key components that set this new system apart. A couple weeks back we decided to tag along with ALPHA G to the track to see what our 12X system could do on a street car. The only changes made were the addition of our tried and true 17” ALPHA Drag Wheel & Slick Package for the back. 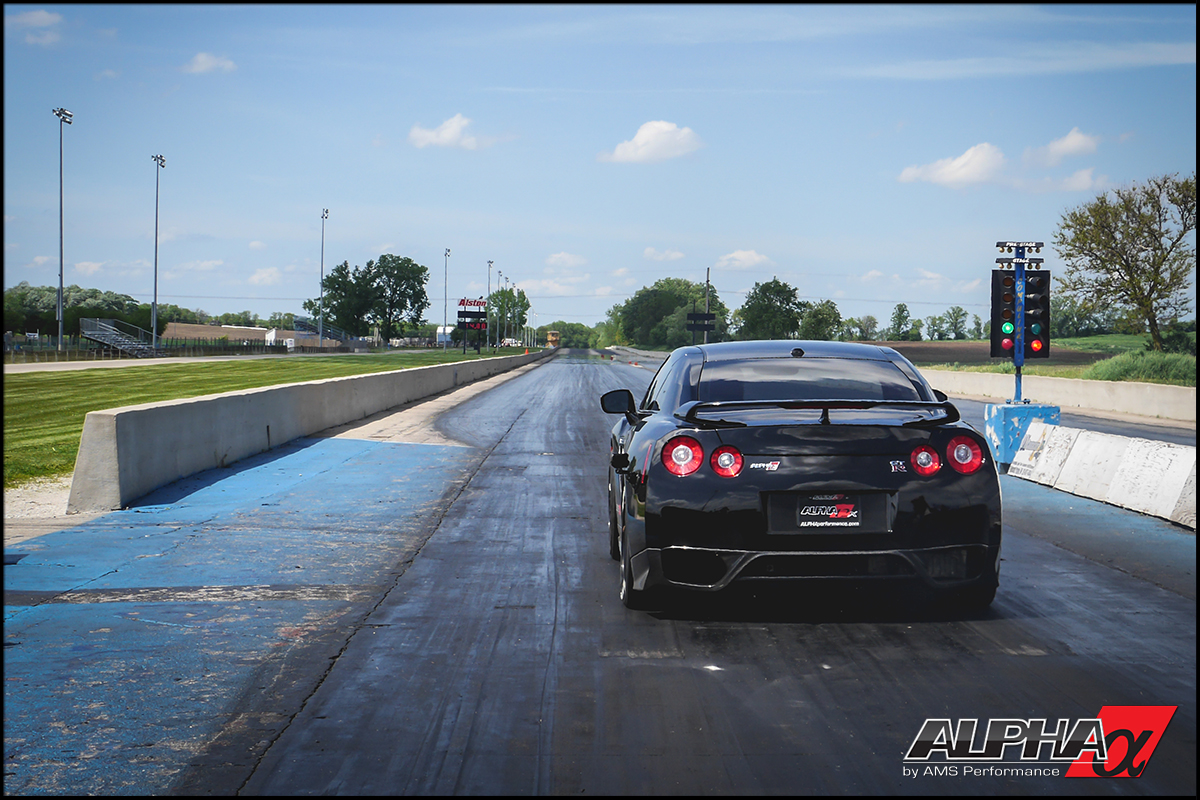 A 7 Second Pass Is Right Around The Corner

To put it plainly the kit WORKS! So far the 12X has not only met but exceeded our expectations. This was just our first outing too. With some tweaks to the ALPHA Drag Suspension we are sure the car will break the 7 second barrier.

We have a number of orders already placed and they will start shipping mid July. Those that have been patient with us are going to be rewarded with quite possibly the best GT-R turbo kit on the market hands down!