After our success running 161mph on the stock GM 6.0L on 20 psi of boost at the Chicago WannaGoFast half mile race in early June 2013, AMS Tuner Chris Black crept up on the tune dialing up the boost for the next quarter mile outing. The goal was to run a 9 second pass on the stock engine. As Larry Hamilton the Madness project manager pointed out surely many people have run this much boost and gone faster on stock LS engines but this full weight Hearse hits the scales at more than 5000 lbs. making it quite an accomplishment especially since we specialize in Japanese and German cars. 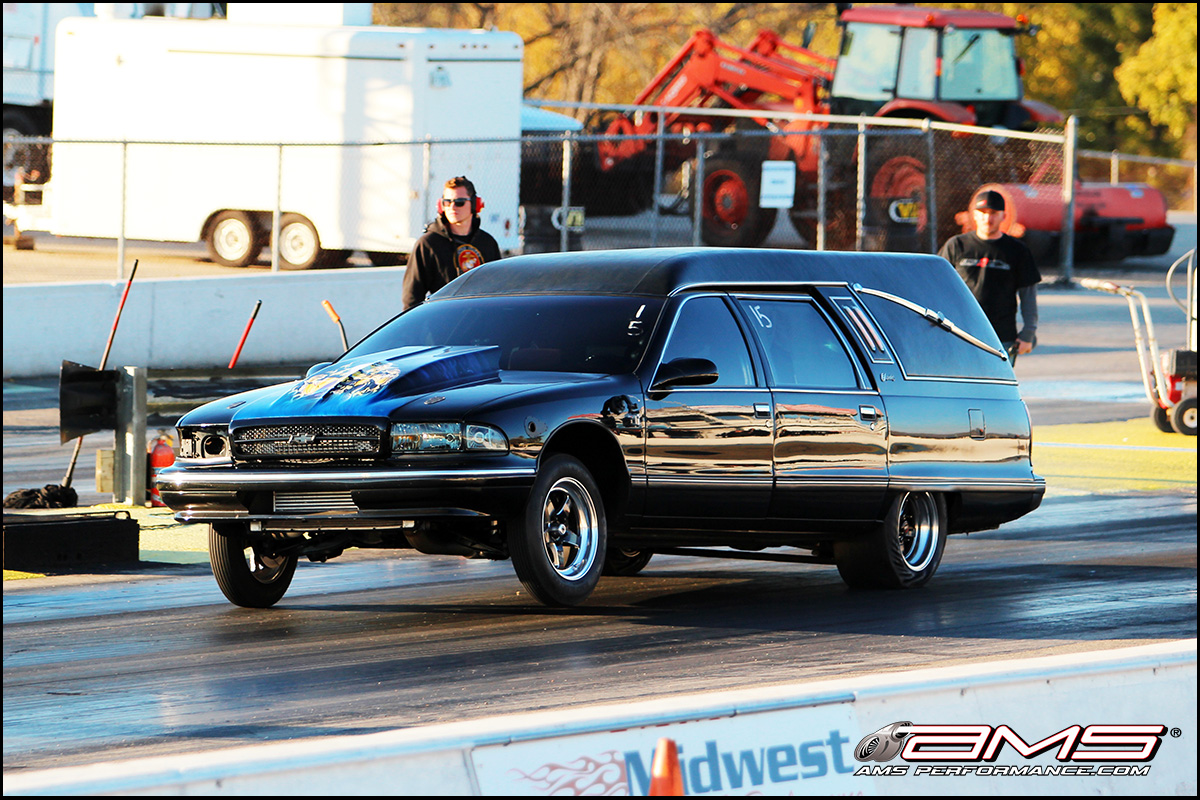 Madness actually ran its first 9 second pass back in June of 2013 on an 18 drag radial. On a perfect pass it ran a 9.99 but it was done at night and the video came out grainy. We weren’t satisfied with the quality of the video and spent the next couple outings later in the season trying to run a 9 again. With the weather getting colder and track conditions changing we tried 15 drag radials and eventually a 15 slick to make it happen. We managed to pull it off on October 28th, 2013 with a new Hearse World Record of 9.94 @ 137mph backed up with a 10.02 @ 137. 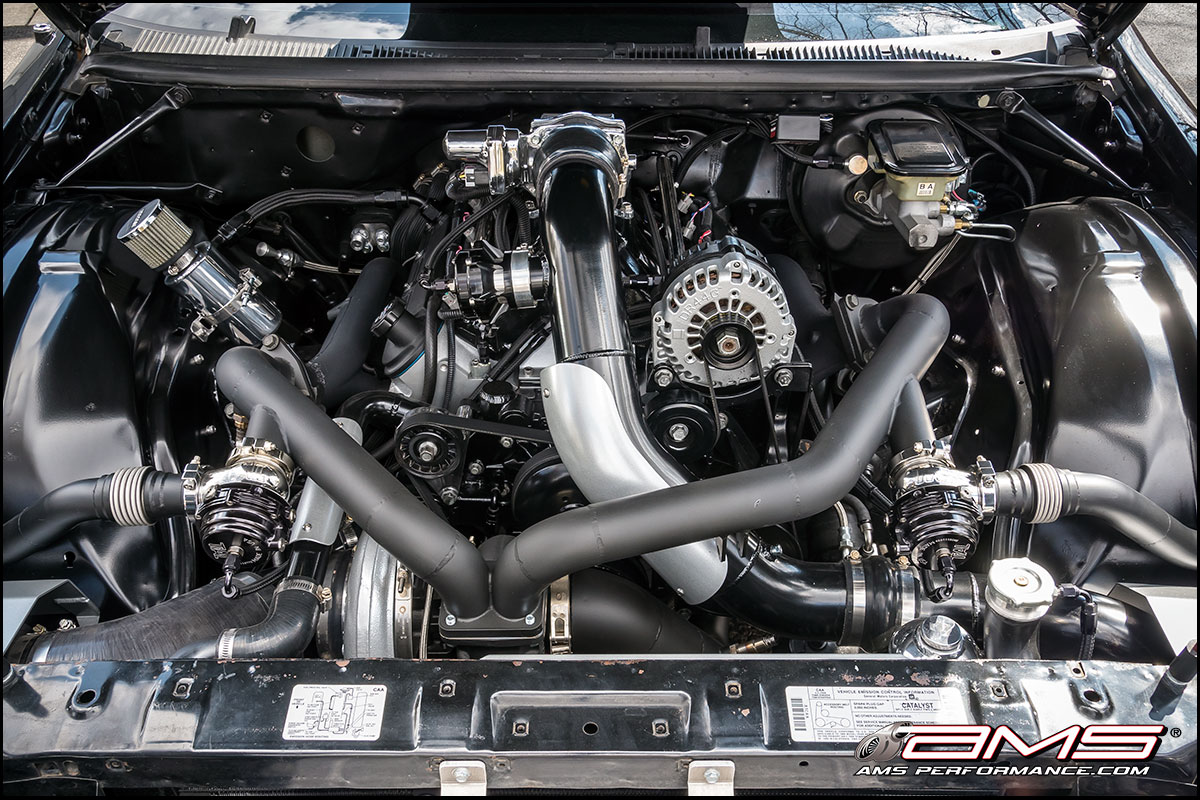 We couldve run more boost honestly and we tried. A few attempts were made at 25psi but without the aid of a proper boost controller it made it hard to get a clean pass. We really wanted that 9 second slip again so we were trying to make the time by manually modulating the launch rpm/boost level and running the car out the back door but it proved difficult.

Launching the Hearse on more than 10psi caused massive wheel spin as the boost immediately shot up to its maximum target after the hole shot. Boost was brought back down to 22-23psi because anything more would blow the tires off at the 60′ mark.

The car definitely has a better 60′ in it and the capability to run more boost. With the new Plex Boost Controller installed we look forward to having a set launch boost and ramping up the power on the quest for consistent mid-9 second times.

The Hearse is too heavy for a slick causing it to be a little floaty on the top end so we plan to go back to a drag radial and use the intelligent boost controller to fine tune the power for maximum effectiveness . Now that Lance Cain the Madness project technician has the new AES 370 engine and larger turbo installed that may prove difficult but the goal is consistent mid 9’s at full weight with the casket and all!