Its been a little while since we have had the chance to take Omega to a ½ mile eventand even longer waiting for our first billet block to be finished. Thankfully both scenarios managed to align for a little rendezvous at the WannaGoFast Florida ½ Mile Shootout – hosted at Jumbolair Airport, Ocala, FL.

Aside from a little rain on Saturday morning, the weather was fantastic. Our shop GT-R ALPHA Omega was there to finally put the billet block through a good workout. ALPHA 18 owner, Gideon Chamdi, was on site, ready to run his Diamonds by Wire GT-R. Both cars suffered from some pretty serious traction issues. The Asphalt surface mixed with a bit of dust on the runway made for some hairy conditions. Thankfully both made it through the weekend without incident. 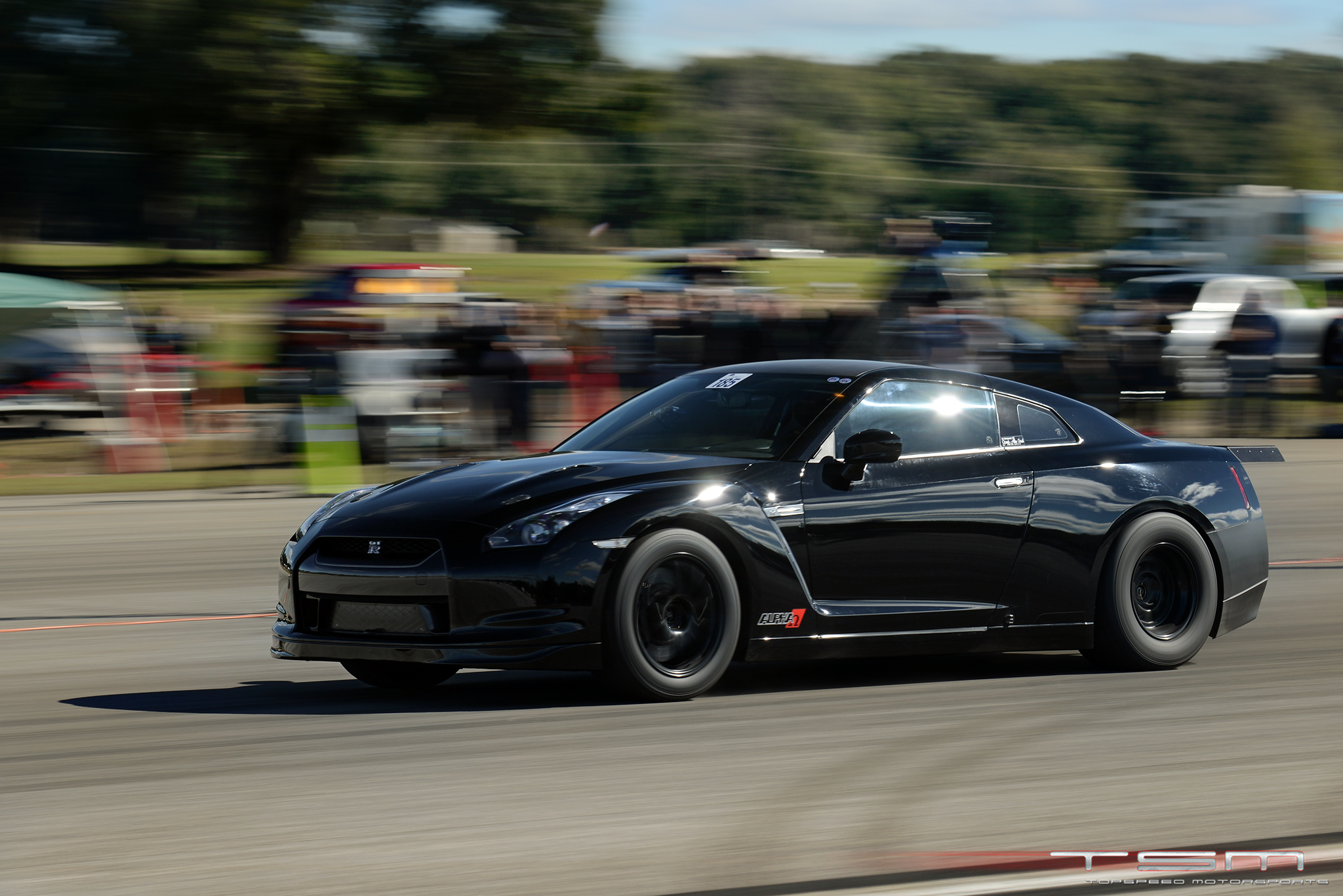 Gideons ALPHA 18 had a horrible time getting traction. We learned early on, that the past few events had taken its toll on his FWD clutches and turned his car into a RWD GT-R. Despite the severe traction disadvantage, he still managed over 10 passes and a number of them at 206mph.

Omega was also traction limited, but it didnt stop her from putting down an impressive 218mph pass right off the trailer at a limited boost level. Even at this power level traction control was working overtime – trying desperately to keep the power planted to the ground. On her final full pass for the weekend, the wick was turned up. Spinning the whole way down the track, she blasted off a new GT-R Record of 224.9 MPH resetting the official ½ mile record for the R35 GT-R (a true standing half mile, 0-2640 feet) with V-box data to back it up.

That pass was not without a bit of drama though. As the video shows near the top or the track driver Ivan Phipps did everything he could to keep Omega from doing a 200mph drift. Upon reviewing the logs, Omega was spinning the tires the entire ½ mile. Wheel speed was averaging 10mph higher in the rear vs the front throughout the entire run. Traction control was limiting 200-300hp horsepower by the estimation of tuner and AMS president, Martin Musial. The traction control system in the GT-R uses wheel speeds to calculate proper power delivery. At about 210mph, Omega did a full burnout! This was because the factory ABS system tops off at that point -unable to record higher speeds. Since wheel speeds were now reading to be equal (incorrectly) it gave Omega all the power that particular tune had. The result was a nice set of black patches on the runway near the finish line and Ivan pulling the chute and throttling her straight again.

Conditions aside, the event was a success and most importantly the billet block survived its first real test! The future looks bright for this new power plant and we look forward to its next test at TX2K and The Texas Speed Syndicate King of the Streets event this Spring!

OMEGA and the Alpha 18 GT-R weren’t the only Alpha cars laying down fast times. 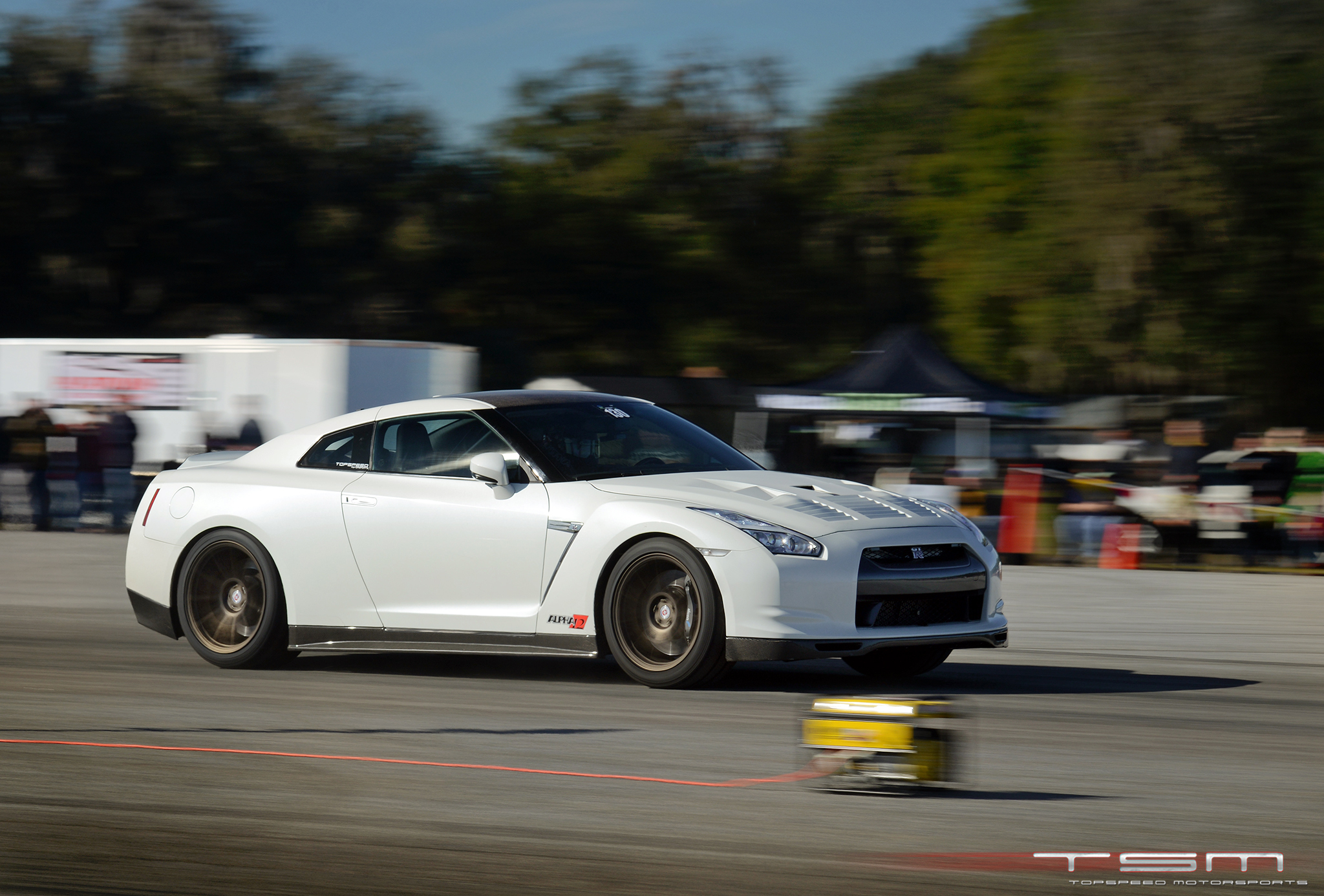 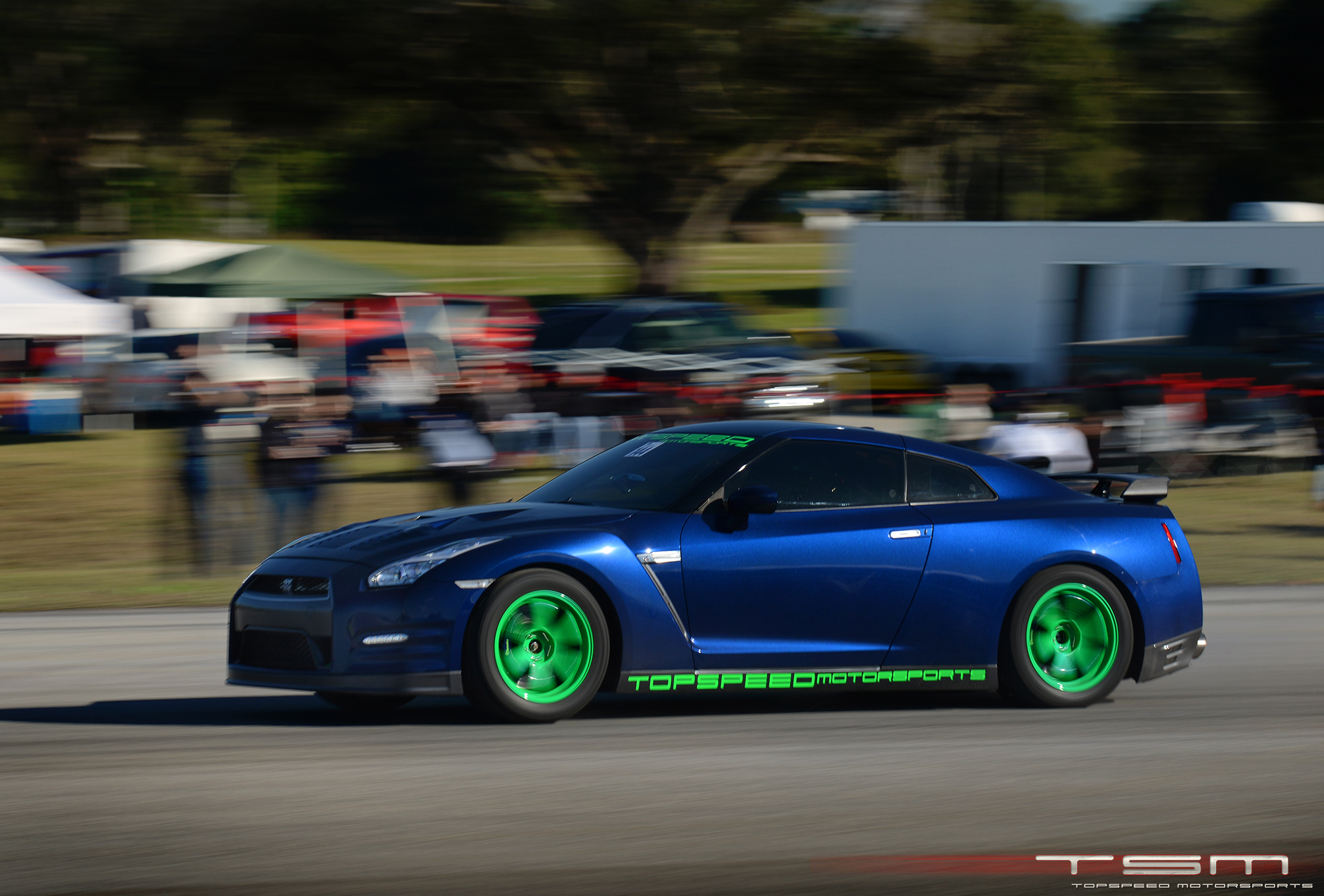 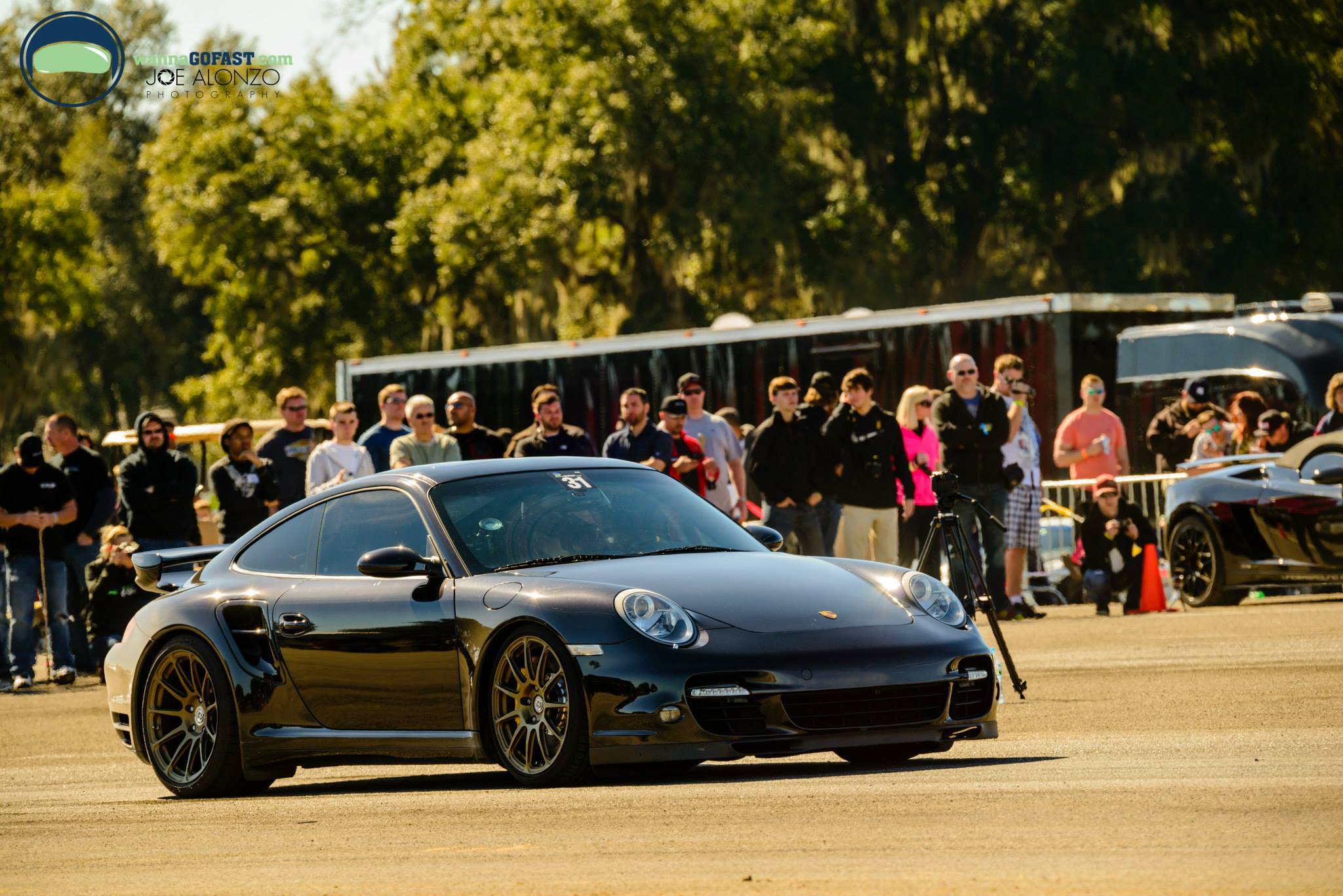 Special thanks to all of our sponsors: