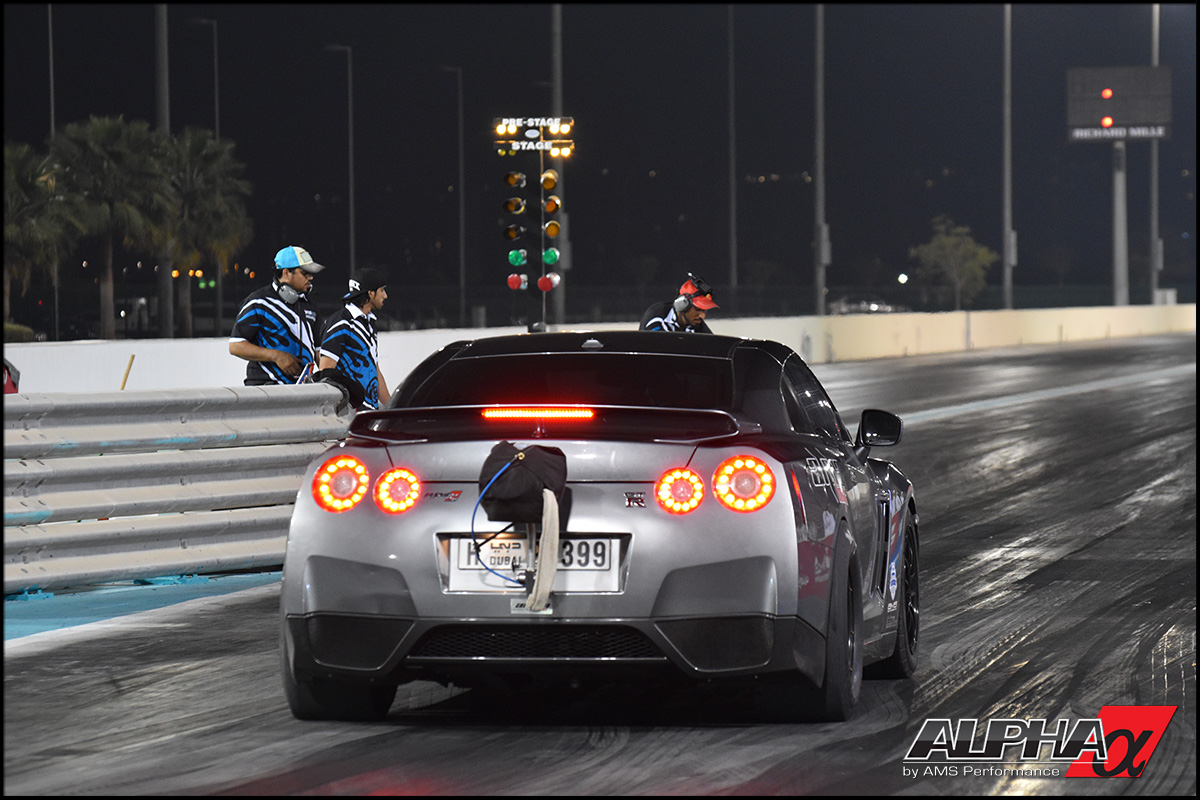 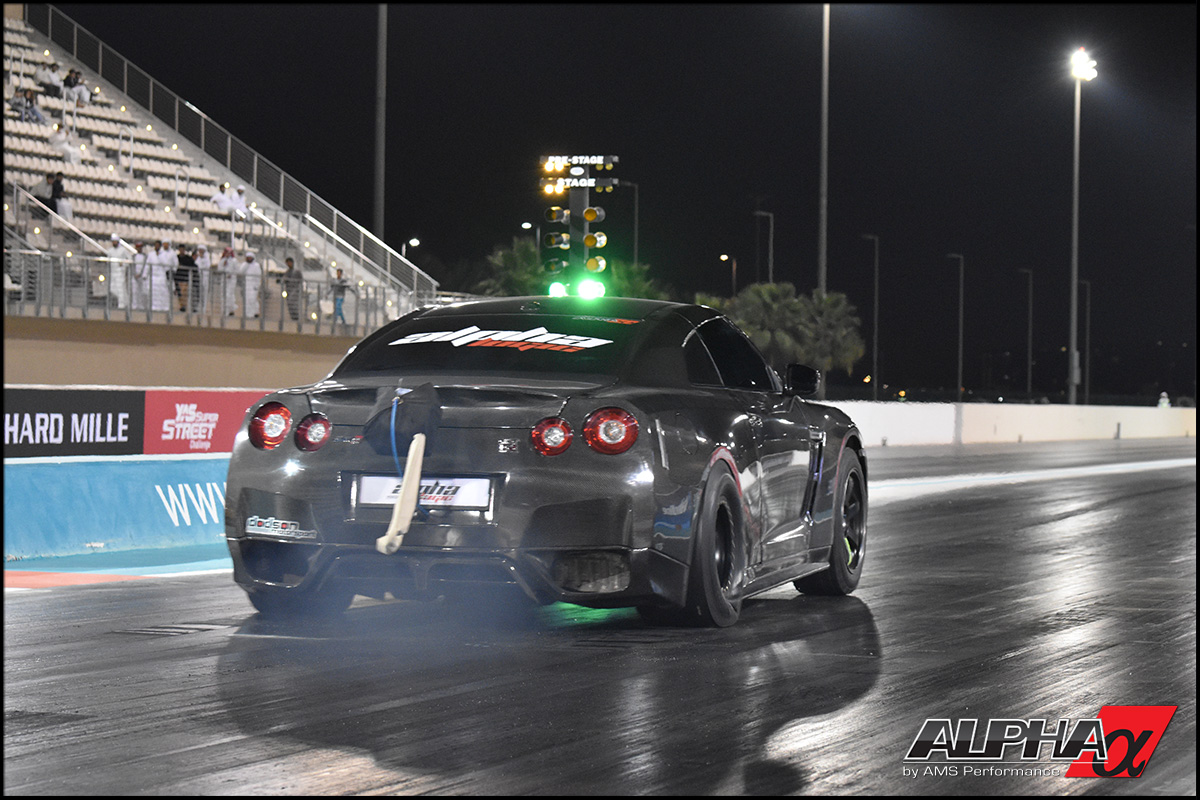 Serious Competition From The Other Race Teams

The field was filled with some stiff competition.  Most notably F Performance and Sub Zero Motorsports were on hand along with Gosha Turbo Tech all the way from Russia with 2 cars to compete. 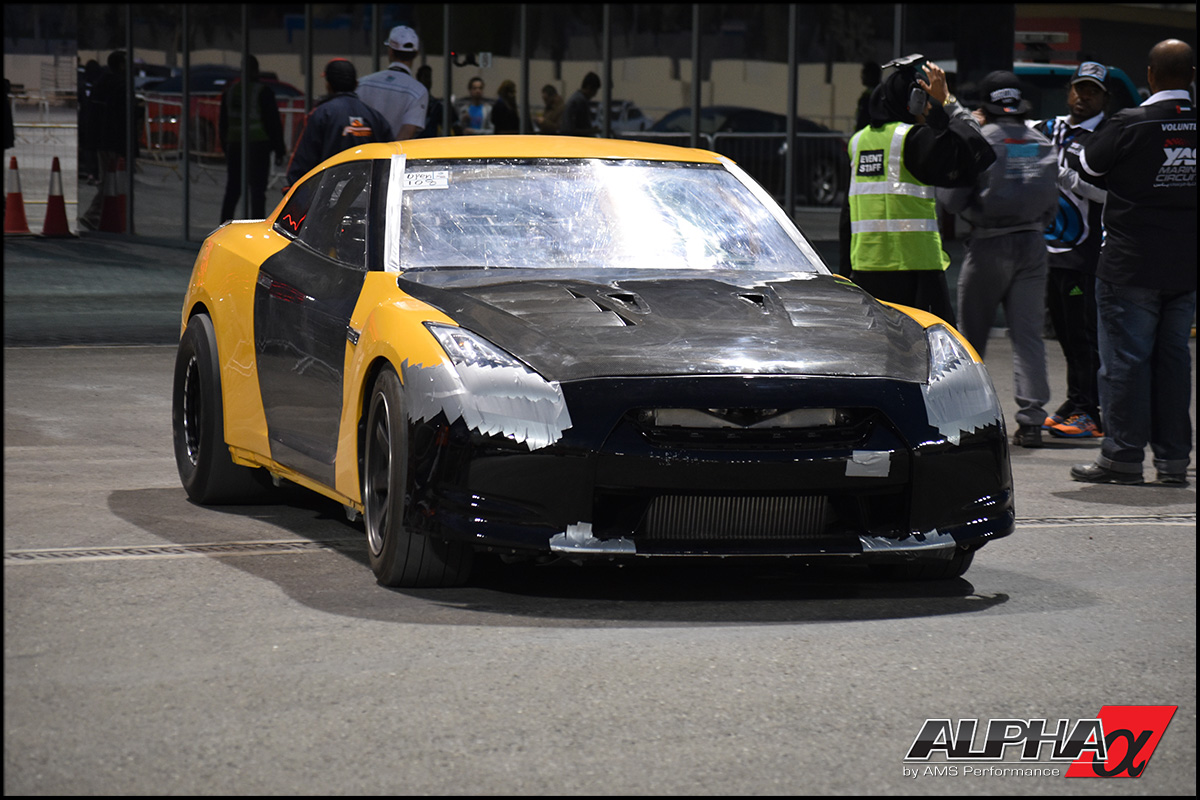 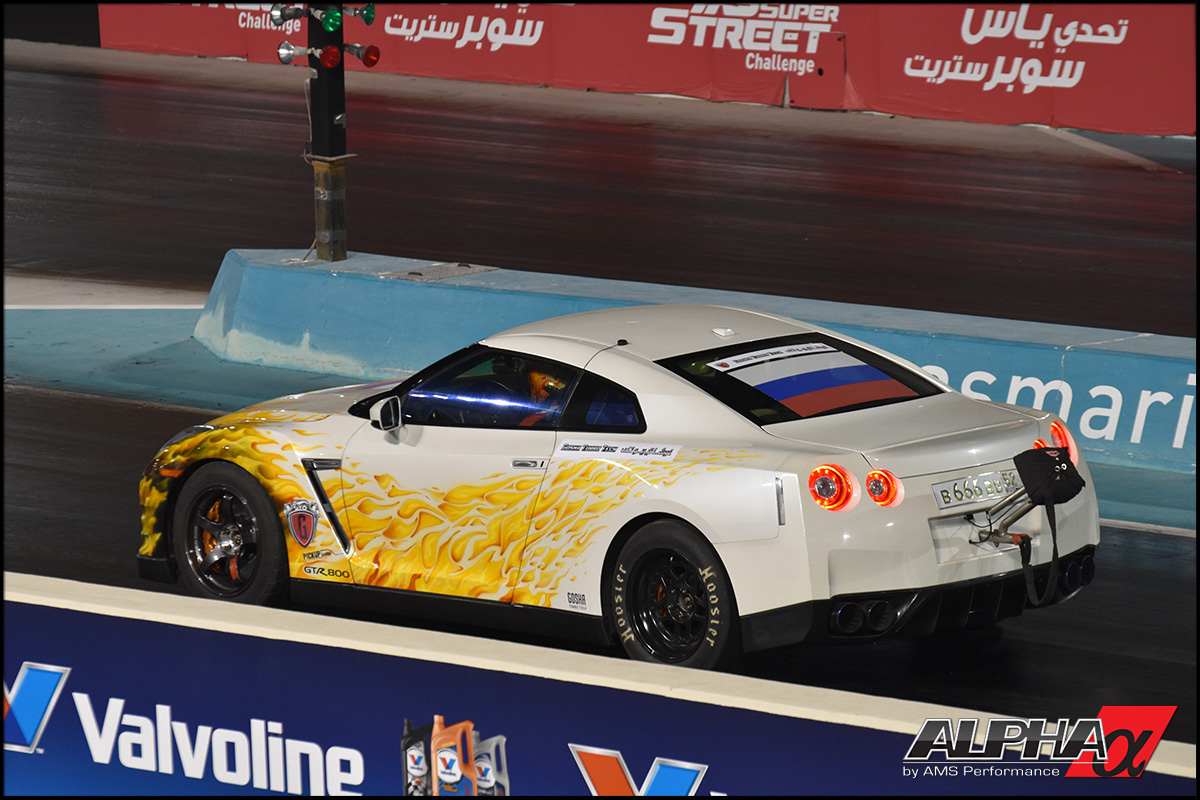 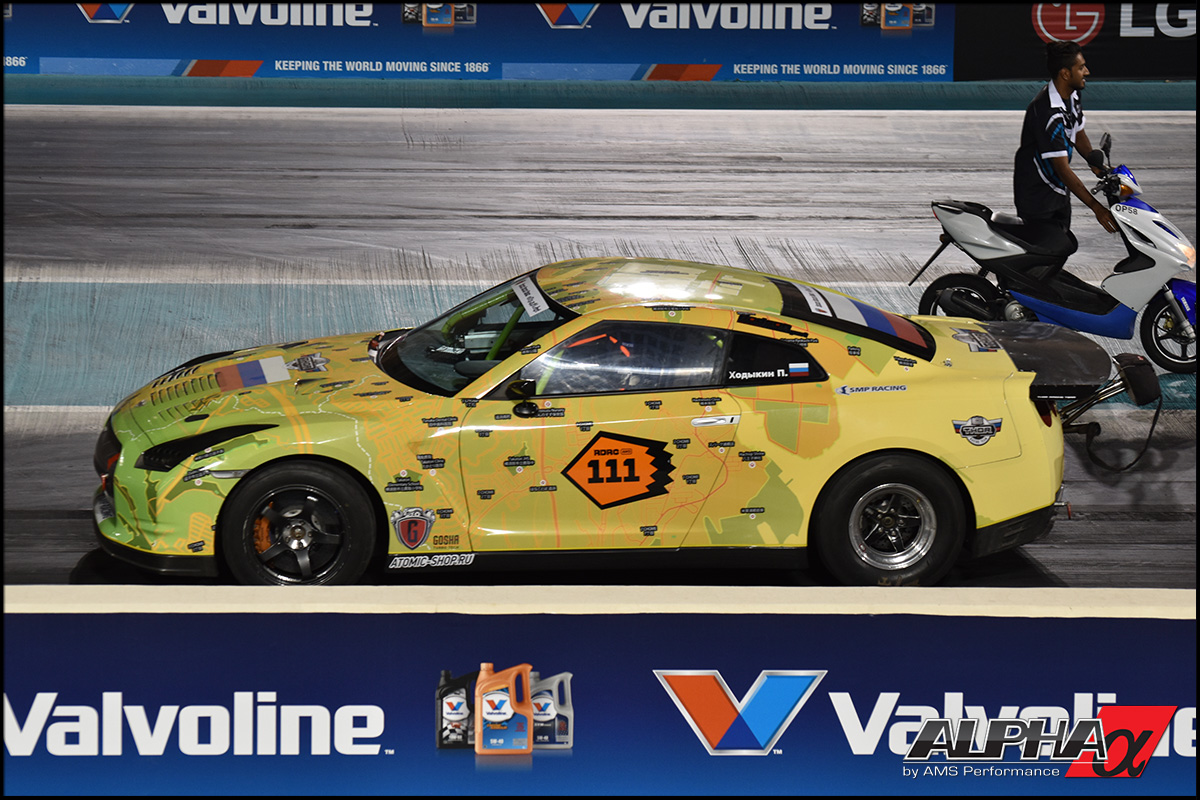 Each of the Alpha Logic cars were a little out gunned being much heavier street cars with interiors and lacking the level of weight reduction of the other cars in the field.  Despite the odds against them all the cars from the Alpha Logic Performance camp ran exceptionally and were able to taking down some very stiff competition.

The Alpha 10 and Alpha 12 both pulled off mid 8 second passes on 18″ drag radials.  Baker’s Alpha 20 was pulling off amazing launches using the Alpha Drag Suspension including a 1.209 60′ and running a best E.T. of 8.0.  Fahad in his full weight (nearly 4000lbs.!) Alpha 18 took third in the open class running a best of 8.1.  This is especially impressive considering this Alpha18 has every factory option still on the car and runs completely stock body panels, brakes etc…

Saeed’s Alpha 20 came out on top of the open class running a best of 7.80 @ 292.88kph (182mph).  This win was not without a hiccup though.  The F3 Performance protested the win due to a technicality of a driver change to mid-competition on the part of the Alpha Logic team.  Not realizing this rule prior to the protest Alpha Logic respectfully agreed to accept second place for the event.

We are really looking forward to round 3 where the cars should be more dialed in and running even better.