Pushing boundaries is second nature at AMS, whether its through our own R&D on OMEGA or applying that learned knowledge to a customer driven project that sets the bar a bit higher. ALPHA Performance customer Mike fits the latter category. Living in Texas, he is no stranger to fast cars or pushing the limits. Mikes automotive history is impressive with multiple Top 5 Texas Mile finishes, awards for most runs over 200 MPH, as well as wins in both SCCA & NASA sanctioned races. His stable is just as impressive with 1100+ HP Porsches, GT3 Cup Cars, Lamborghinis, Ferraris, and even a Brass Monkey World Challenge GT-R. The only thing missing was a High Horsepower GT-R.

Mike wanted a car capable of running with the fastest cars in the world at events like the Texas Invitational, Texas Mile, TX2K as well as cruises with his buddies on the Texas highways. In his words, there was only one shop to call, one shop that could build the GT-R that I envisioned, Mike called AMS.

Having heard Mikes goals we set out on a planThe ALPHA 16 kit. The ALPHA 16 system was born from our shop development GT-R ALPHA OMEGA. Using what OMEGA has shown the GT-R to be capable of, our engineers dug in to create a more polished version of what OMEGA was equipped with. 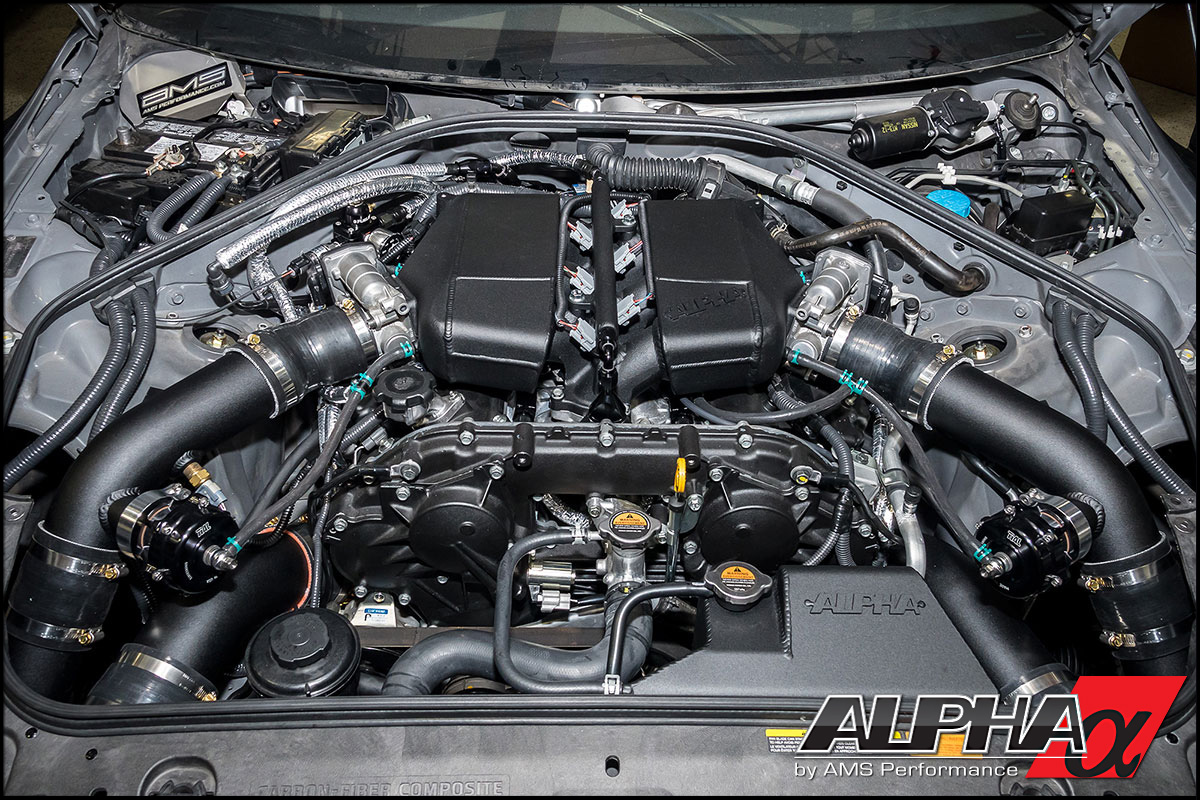 Our standard 4.0 race engine was improved even further using what we had learned from Omega to make an already incredible power plant stronger, more efficient, and more reliable. 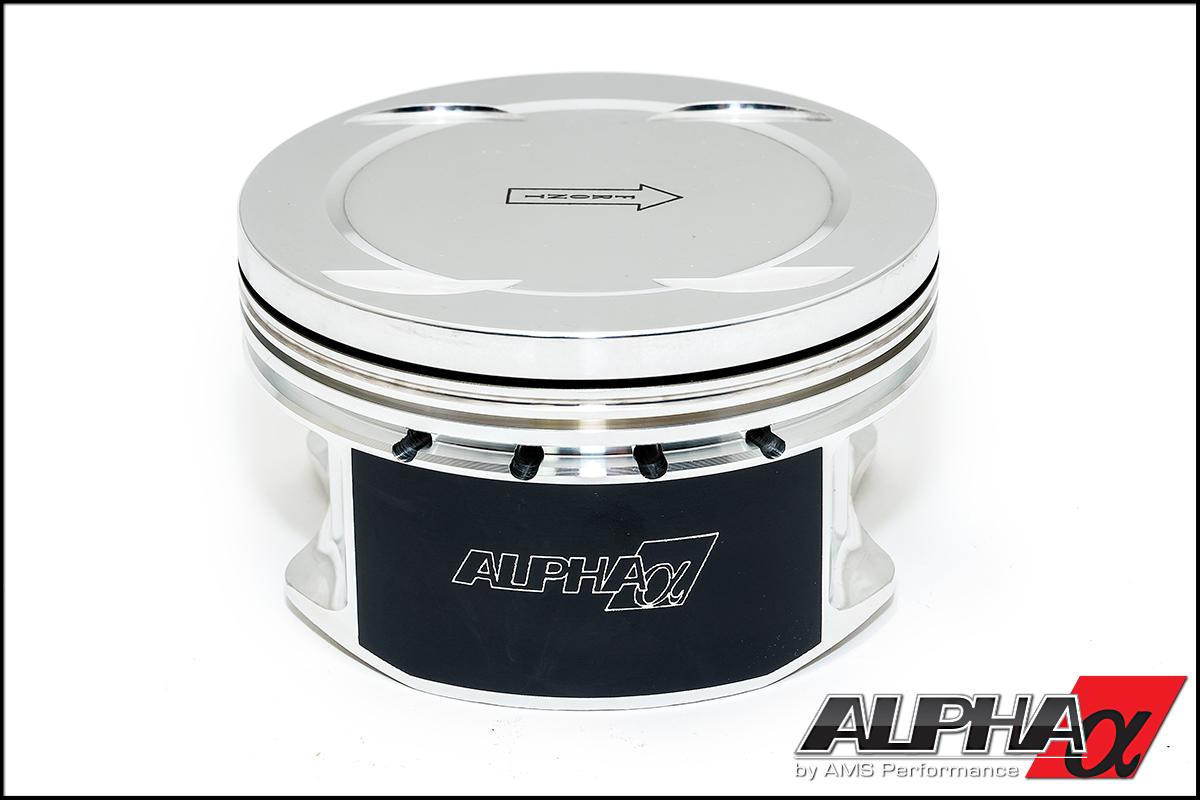 Fuel is managed by our newly developed, soon to be released updated ALPHA fuel system, two pumps with the power to support 2000whpall while fitting in the tank and being quiet as stock. This is all fed into a third rail version of our current sheet-metal intake manifold and flowing to two sets of Injector Dynamics 1300CC injectors.

The new ALPHA 16 turbo system implements OMEGA Turbos and our larger cold air intake system long since used on Omega and other vehicles like Tim Sanders’ Alpha 12. Of course this is all kept cool by our ALPHA Race front mount intercooler.

For the transmission to get all this power to the wheels reliably, we contracted industry leading Shep Trans. Having learned a great deal from cars like OMEGA John built an ALPHA 16 worthy GR6 Transmission.

The devil is in the details as they say. This wasn’t Mike’s first rodeo so he knew he needed to address as many areas of the car as possible. Driveshaft shop axles, T1 braces and ALPHA Drag Coilovers were installed to help transfer power correctly. Final touches came in the form of Whiteline suspension components, Advan wheels, ARP wheels studs a Titan Roll bar, and the previously installed 102MM exhaust.

To control all new found power Ryan and the crew at Syvecs came through with their tried and true S8 system while ALPHA’s very own Chris Black meticulously dialed in Mikes new ALPHA 16 GT-R.

Like OMEGA, Mike’s ALPHA 16 and our dyno do not play well together. To save our dear 424X Dynojet from another abusive session we stopped the pulls at about 1475whp. Final tuning will be done on a closed course very soon. Knowing what we know about Omega and comparing the two cars we are confident 1600whp is very likely on Mike’s ALPHA 16 at full tilt. Being the Texan he is though Mike isn’t worried about what she does on paper… Mike plans on showing peoples what his ALPHA 16 can do with results!